Žatec turns again into a war town.Will play in the drama BBC 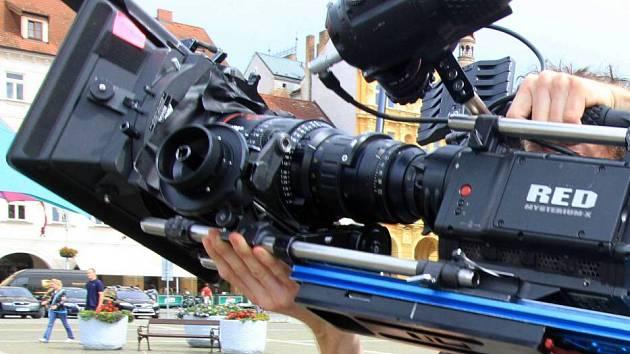 Žatec turns again into a war town.Will play in the drama BBC

World on Fire is a drama that captures the first two years of World War I through the intertwined fates of ordinary people from Great Britain, Poland, France or Germany who are struggling with the war in everyday life."World On Fire tells hidden human stories in great historical events that we think we know them," said writer Peter Bowker, according to whose work the series is filming.

The film captures the stories of specific people, for example, in the Germans of Charged Warsaw, after the fall of Paris or in the Battle of Britain.And Žatecké Street Dlouhá and Dvořákova will introduce war Poland for the needs of filmmakers.In Žatec will start with preparatory work for filming on Wednesday 17.October, should turn on Thursday 18.and Friday 19.October.The street adjustments, the use of military equipment are expected, should be fired when filming.

The staff facilities will be around the town hall, on Chelčický náměstí and 5.May.City inhabitants must count on transport restrictions, including parking ban in some locations.

Family faces play in the series

According to a BBC press release, several well -known acting faces should play in the serial drama.For example, Helen Hunt, who starred in the film The Castaway with Tom Hanks, I am crazy about you or the film better, which in 1998 won an Oscar.But this acting star does not appear in Žatec.

Czech Anglo Productions will pay 240,000 crowns for filming in Žatec, the rental of urban land approved by councilors.

The same company in the city a few months ago provided filming another film from World War II - Jojo Rabbit.It was filmed in Žatec at the turn of June and July, the city received about a million crowns for it.The money used to buy the former Dreher brewery, which is also known to the public under the name Fruta.

A number of Czech and foreign films and series have been filmed in Žatec in recent years.Coincidentally, Czech Television has presented two in which the scenes from Žatec were clearly visible.It was a picture of the horticulture with the subtitle deserter who was filmed at the top of the station stairs.And also series of cases of detective office Ostrozrak, which was filmed in Žatec years ago in Masaryk Street and surroundings.

Tags:
share:
Prev Building houses with zero consumption and other interesting achievements.Who are architects?
Next The parish priest burned down in the rectory: The destruction of the fire caused a huge number of books