Hits Christmas for the little ones. Take a look at the toys that are pouring this year 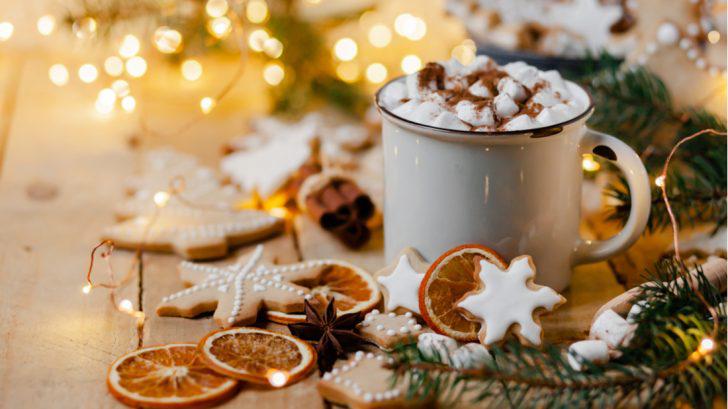 Hits Christmas for the little ones. Take a look at the toys that are pouring this year

What are you sure you won't make a mistake with this year? Here you have a great overview of the most popular toys not only in our country, but also in the world. Are you inspired?

Hits this Christmas in the world

Hatchimal (price around CZK 1,800): A little feather can learn a lot: walking, dancing, repeating words… A bird that must first hatch when it hatches can learn to sing, dance or talk. In Britain, this toy goes so far that it has become a nightmare for parents who have not been able to get it.

Selfie Mic (price around 600 CZK): A gift for all future famous stars. It includes an adjustable wand and karaoke microphone, so your little superstar can make five hits of pop music.

What sells best in our country?

You may be surprised, but these are pretty common toys that go on sale in stores a lot right now. What's the most?

ADC Blackfire Dobble (249 CZK): Super fun game for the whole family. In one box there are five games focused on speed, perception and reflexes. You can take several variants of pictures and it is certain that you will definitely not be bored at home on holidays.

RC VaporizR neon green (CZK 1,389): For small racers, there is a new amphibious remote control car in neon green. It will definitely entertain the crumb and dad long enough for you to have some great Christmas romance.

Dino Tatra 148 (CZK 578): Who would have thought that the good old Tatra will come to prominence again? So definitely not us. But still, the classic Tatra is again among the hits of this Christmas. Great gift and memories in one, what do you say?

Speaking of toys that we remember from childhood, did you know that a number of toys are a very good export item and children in distant foreign countries also get them under the tree? Which one is most interested in?

Czech toys in the world

Toy: The legendary figurine came to life. This year's hit is MultiGo. The unique exchange system allows you to create a farm, garbage or fire truck from one base. The game is difficult to pronounce for foreigners, so it goes to the market under the name Pokeeto, for example to Israel, Japan, France, Holland or Germany.

Mole: Or Little Mole, as its export version sounds, is almost everywhere, not only on toys, but also on suitcases, bedding, musical instruments. Santa Claus supplies him to Belgium and Germany, for example, but he was also in space, in 2012 with the space shuttle Endeavor.

Wooden toys: Wooden toys are gaining more and more popularity not only in our country but also abroad. And ours will look into the world. Toy cars, magnetic theaters, beads will delight children in Japan and Germany.

Metal Toys: Made near Semily, not in China! And today's moms and dads also know them. For example, such a classic ladybug on a key and next to it a well-known tractor or bus is heading to Germany, England, Russia, the USA, Japan, South Korea or Brazil.

What will children be excited about?

We haven't convinced you much yet, and would you rather touch something that children most often write in a letter to Santa? Then you certainly won't make a mistake with the Mimons, they're still in the limelight. If the children already have everything, try a puzzle or a lamp, for example, you will definitely make them happy. For the little girls, there is Elsa and the Ice Kingdom, which remains at the top among the dolls this year as well. You will also make you happy with a building set or a board game, why not try the Czech version of the monopolies or roam the castles and chateaux? Children will also be thrilled with sports toys, scooters, football goals and basketball hoops. If you want to reach deeper into your pocket, then try, for example, a colon or mini segway.

So, for example, we in the newsroom probably have the biggest problem. It is clear that you will not annoy them when they get a new mobile phone, laptop or tablet. But they will also be pleased with a new backpack for school, a funny t-shirt with the inscription or logo of a favorite game. You can try the game on the game console. They will also be pleased with cosmetics or watches. For girls, there is a wide selection of jewelry, fragrances or nail polishes.

We personally think that there should be no book under any tree, do you? And how are you doing with shopping? Have you bought it yet, or are you still groping? Let us know what you bought for your children this year. We look forward to ideas.

Tags:
share:
Prev Three-year-old Honzík was born on a bus, he has jaundice type C and no one wants him
Next DJ: I've been feeding my mouth all my life, I'm a comedian